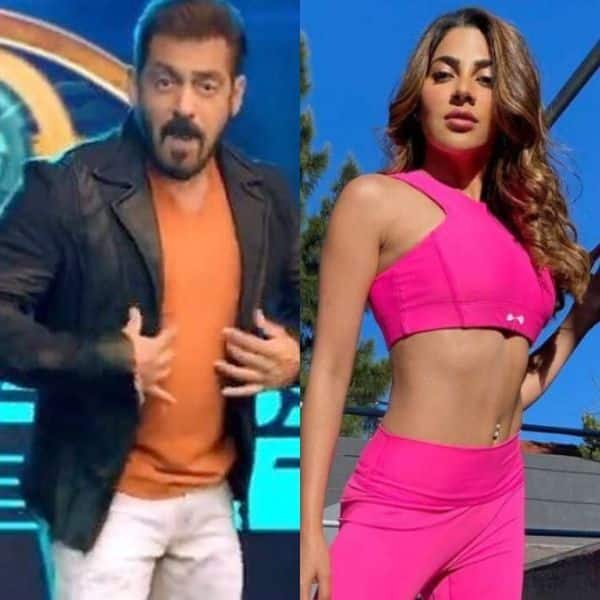 The day is over and if you have missed the important stories of the television industry, you are in the right place. We are here with everything that happened in the city of TV today. From Salman Khan treating fans with the Bigg Boss OTT promo to Nikki Tamboli talking about his elimination from Khatron Ke Khiladi 11, here are the most popular TV news of the day. Also read – SHOCKING! Yeh Rishta Kya Kehlata Hai’s Priyanka Udhwani Accuses Anshul Pandey of Cheating Her; call it stop

After months of speculation and list of potential contestants, Salman Khan has finally treated his fans with the first promo for his upcoming controversial reality show, Bigg Boss. This season, the show will air for the first time on the VOOT digital platform with Bigg Boss OTT, six weeks before its television broadcast. In the promo, Salman can be seen overjoyed, declaring and warning the audience to prepare for the upcoming season. You hear him say, “It’s baar ka Bigg Boss, it’s not crazy, it’s over the top, TV par ban ho jayega …” Salman Khan said: “It’s great that this season of Bigg Boss has a digital first with ‘Bigg Boss OTT ‘, six weeks ahead of television. The platform will see unparalleled interactivity in which the audience will not only be entertained, but also participate, engage, give assignments and more. It is truly for the people and by the people. ” . Also Read – Trending OTT News Today: Rannvijay Insider on Splitsvilla 13, Hello Mini Season 3 Trailer and More Recent Updates

Nikki Tamboli on her elimination from Khatron Ke Khiladi 11

Nikki Tamboli was eliminated from Khatron Ke Khiladi 11 in the first week. She had aborted three tasks and was eventually evicted. After her elimination episode aired, Nikki said her parents weren’t happy with her performance. Speaking to SpotboyE, Nikki said that when I was sitting and watching my episodes with my family, I could see that they weren’t very happy. “The only thing I felt at the time as if I had tried is that it may have come a long way. I had confidence in myself that I can overcome my fears and fight with my fears. But that did not happen. And I am also disappointed in myself. I was not expecting this short trip. I don’t know what happened to me all of a sudden, I was going into panic mode and couldn’t manipulate my mind, “Nikki said. Also read – Asha Negi-Rithvik Dhanjani, Shivangi Joshi-Mohsin Khan – 14 TV couples who fell in love on the sets [Part 3] – To see photos

Priyanka Udhwani and Anshul Pandey, who met on the sets of Yeh Rishta Kya Kehlata Hai, have decided to part ways. The duo met on the sets of the popular TV show in 2014 and began dating after a year. Priyanka Udhwani has accused Anshul of cheating on her. On the other hand, Anshul has denied all the accusations made by Priyanka against him. In an interview with Etimes, Priyanka Udhwani said that problems had been brewing between them for some time, but it was the last straw when Anshul left her when she was unwell. Priyanka added that a couple of girls had texted her saying that Anshul had been trying to flirt with them. The actress added that the girls did not inform her before thinking that they are very happy together. Priyanka added that she feels liberated after the breakup. Anshul Pandey, on the other hand, revealed that Priyanka did not speak to him directly about the matter. He said, “I don’t like talking about my personal life, but if Priyanka accuses me of cheating on her, then it’s wrong. One should say these things with validation and not just to put the other person down. In six years together, I’m sure that There must have been more mental happiness than emotional exhaustion. The irony is that she hasn’t even told me about this. We shouldn’t make assumptions. “

In April this year, Yeh Rishta Kya Kehlata Hai actress Hina Khan lost her father due to cardiac arrest. The actress was not in town when her father breathed his last. He had been in Jammu with his mother fulfilling his professional commitment. And three months later, Hina Khan still can’t cope with her loss. It is a known fact that Hina had been very close to her father. Hina Khan wrote a heartbreaking note for her father, reminiscing about their times together. He shared a couple of photos with his father and wrote: “Tumhaari khushi mai hi meri khushi said: #Always. The first to applaud me (with all my heart). I miss the sparkle in your eyes dad… Today three months. April 20, 2021. DADDYS STRONG GURL. That’s what you always called me … Not strong enough to bear your loss, Dad. “

Filming on Saath Nibhaana Saathiya’s prequel Tera Mera Saath Rahe has reportedly started and Rupal Patel will play a major role in the show. However, filming for the show had to be suspended after she was hospitalized due to her health problems. Now, according to ETimes reports, Rupal has recovered and will begin filming for the show in a couple of days. In fact, yesterday he filmed for a promo with Giaa Manek aka Gopi Bahu from Saath Nibhaana Saathiya and will start the shoot in a couple of days.

Arbaaz Khan’s girlfriend Giorgia dances on the magic of ‘Pushpa’