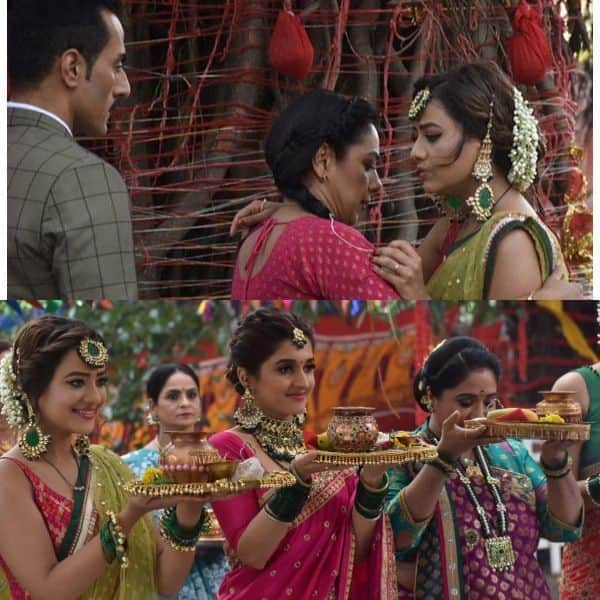 The pandemic has increased television consumption like nothing. Anupamaa, Ghum Hai Kisikey Pyaar Meiin, Imlie are some of the amazing TRP programs. Here’s a look at what we can expect in the future … Also Read – Shehnaaz Gill, Parth Samthaan, Rupali Ganguly – Meet the TV Instagrammers of the Week

Anupamaa
In the last few days, we have seen how Kavya (Madalsa Sharma) has been complaining to Kinjal about how difficult it is to manage both home and work. Kinjal does his job halfway. This leads Baa to say some nasty things to her. Kinjal gets angry. In the coming days, we’ll see Kinjal’s mother, Rakhi Dave (Tassnim Sheikh), get mad at Baa and Bapuji. This leads to a big fight between the members. Will Anupamaa (Rupali Ganguly) will be in charge of saving the situation once again. As we know, the household finances are strained because Vanraj no longer has his well-paying job. Also read: Ghum Hai Kisikey Pyaar Meiin’s Ayesha Singh or Divyanka Tripathi Dahiya, whose saree look beat you this week? Vote now

Ghum Hai Kisikey Pyaar Meiin
It seems that Sai (Ayesha Singh) is ready for her dance performance on the annual day. She is going to dance with her friend Ajinkya. The Chavan family also receives an invitation to the performance. Sayi (Ayesha Singh) says that she will make sure they attend the party. Ashwini supports her, but Bhavani (Kishori Shahane) and Ninad fight with her. Meanwhile, Virat (Neil Bhatt) is quite jealous of her friendship with Ajinkya. He feels that she is very close to him. In the last episode, Sai also investigates Pakhi (Aishwarya Sharma). Also Read – TRP List 24th Week 2021 By Ormax Media: Indian Idol 12 Slips, Yeh Rishta Kya Kehlata Hai-Anupamaa Keeps His Places

Yeh Rishta Kya Kehlata Hai
In the coming days, we will see that Ranvir (Karan Kundrra) will fight for his life in the hospital. Kartik (Mohsin Khan) will come there and ask Sirat why he kept this from him. It seems that Naani came to know about her. Meanwhile, Chauhan feels that Sirat (Shivangi Joshi) is having an affair with Kartik (Mohsin Khan). He warns Sirat that he will not forgive her if Ranvir passes away. She was seen telling Ranvir that she understood how she felt about Kartik in the future.

Imlie
We will see that Anu and Imlie have a confrontation. She tells him that she had an affair with her husband. She says her father’s name in Dev Chaturvedi.

Yeh Hai Chahatein
We are seeing how the closeness of Armaan and Preesha is annoying Rudra immensely. In the next few episodes, we will see that Preesha sees Rudra using Armaan’s laptop. It looks like there will be a police investigation into this.