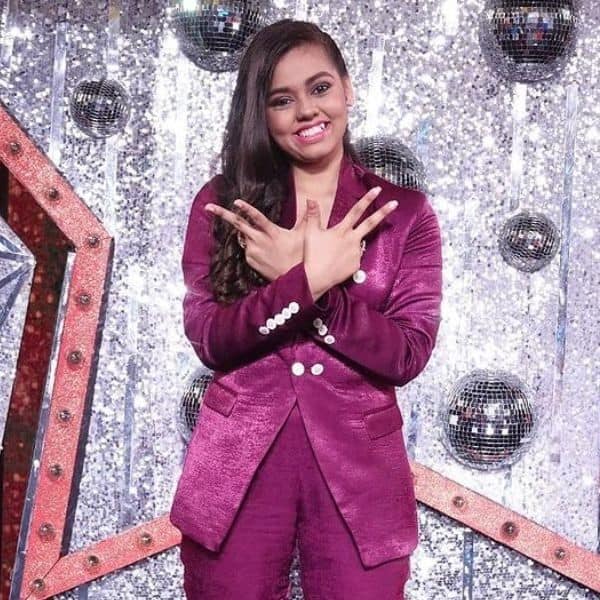 Indian Idol 12 has received a lot of comments both positive and negative. Although they have a large following, there are many who hate this season. The show has been criticized for bogus content, melodrama, and unfair deletions. Also, this season, while Pawandeep Rajan got all the love, it’s Shanmukhapriya who faces a lot of criticism. She is known for her variations and singing. She also sings with a very high-pitched voice. Fans are very upset and expressed annoyance at his now repetitive singing style. They trolled her and even said she should be removed from the show. Every week the girl goes through such comments and even this week she has to face criticism. It was yesterday when Javed Akhtar motivated her to take these trolls in a positive way and today she is being criticized again. Read Also – Indian Idol 12: ‘Well Done Arunita’, Viewers Praise Arunita Kanjilal Singing A Newly Written Song Composed By Javed Akhtar And Anu Malik

On today’s episode, she sang Helen’s iconic song, Mera Naam Chin Chin Chu, and gave that song a remix and designed it in her own way. However, fans have not liked her and have criticized her again for spoiling the song. They have called her a pathetic singer and want her eliminated. Fans have not liked the way he has put his spin on the song and killed the originality of the song. Take a look at the tweets: Also read – Indian Idol 12: Isn’t it Pawandeep Rajan or Arunita Kanjilal, but THIS contestant who won the singing reality show?

She is a very nice singer, but it’s annoying how #ShanmukhaPriya spoil EVERY iconic song with your own interpretation?
Beyond my comprehension why OnSonuKakkar #AnuMalik Y #HimeshReshammiya do a “aapne mausam badal diya” every time he does that ??#IndianIdol # IndianIdol2021

Sentiment of all who hate performance #ShanmukhaPriya ->
“Please #ShanmukhaPriya “Close your mukh priya” and don’t even try to show your squirrel-faced designed teeth to people looking at the # IndianIdol2021 show.no waste #SonyTV Spectators ‘and spectators’ time, energy and weekend. pic.twitter.com/GVLdftYghp

When #ShanmukhaPriya comes to perform on the stage of the show.
Condition of each listener of your performance song in front of the television? ??? # IndianIdol2021#SonyTV : pic.twitter.com/7RturtsTeK

@ indian_idol12
Aggressive promotion of a non-artistic barely a singer #shanmukhapriya It is very pitiful, the rooster in my neighborhood sings better and on time.
INDIAN IDOL PLEASE STOP MAKING IDIOTS FAMOUS

# IndianIdol2021 I don’t know what the manufacturers are willing to do
But I think they are all better and versatile then #ShanmukhaPriya Please stop messing up our favorite songs please? .She is good at singing the yodel, but you have to be careful not to abuse her in every song.

Do you want to hear how a super classic song is literally imitated from its class? Listen to #ShanmukhaPriya @ShanmukhapriyaO r @ ping Mera Naam Chin Chin Chu in # IndianIdol2021 @SonyTV

when the chances of #ShanmukhaPriya being eliminated is strong, they postpone elimination.#Nachiket #anjaligaikwad Y #SawaiBhatt removal is unfair. bias show with mock drama …..

Please, it’s an insult for singing and you’re spoiling the name of the legends. Stop yelling and yelling. You have no singing knowledge. Please respect the singers and the talent. Don’t spoil the show and stop overreacting.

Well surely Shanmukhapriya is facing a lot of negativity this season. Also read – Indian Idol 12: From Shanmukhapriya crushing Javed Akhtar to Pawandeep Rajan-Arunita Kanjilal dancing a waltz on stage – TOP 5 aspects to watch out for in the next episode