Akshaye Khanna’s State of Seige-Temple Attack teaser looks exciting, Narappa and Drushyam 2 to get a digital release, and more 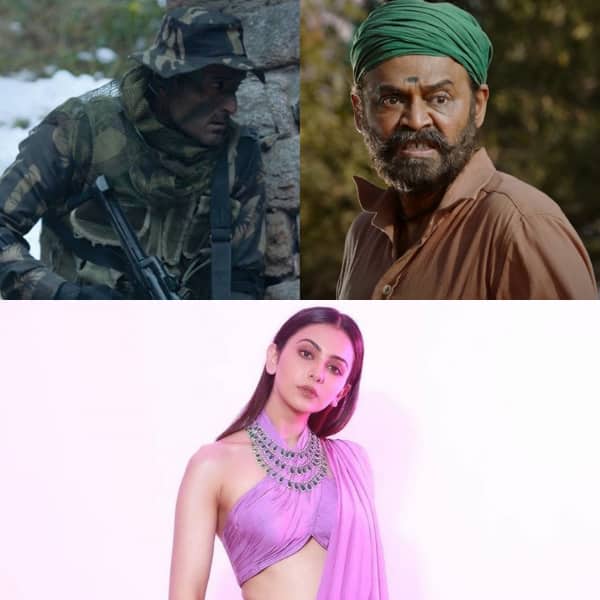 It was an exciting day in the OTT world today. Like every day, many celebrities, movies and series made headlines for taking the OTT route. These days a lot of Bollywood celebrities are opening up to the web space as well and honestly, it is quite interesting. So without further ado, let’s have a dekko on the OTT newsmakers of the day here: Also Read – State of Siege – Temple Attack Teaser: ZEE5’s State of Siege Returns for a Thrilling Spin-off Movie with Akshaye Khanna, Vivek Dahiya and Gautam Rode

The premium folks at Zee5 and the creators of State of Seige have released a preview of their spinoff movie, State of Siege – Temple Attack. The film also stars Akshaye Khanna, Vivek Dahiya, Gautam Rode, Manjari Phadnis, Parvin Dabas, Abhimanyu Singh, Samir Soni, Akshay Oberoi, and more. The teaser has some incredible emotions that make us wonder how exciting the movie would be. State of Seige: Temple Attack is directed by Ken Ghosh, while the script is written by William Borthwick and Simon Fantauzzo. State of Siege: Temple Attack is scheduled to premiere on July 9 on ZEE5. Also read – From Salman Khan to Shah Rukh Khan: the 5 main actors Dilip Joshi aka Jethalal from Taarak Mehta Ka Ooltah Chashmah shared the screen with

Chris Pratt shares his enthusiasm for The Tomorrow War

If you haven’t heard of Chris Pratt’s upcoming sci-fi movie The Tomorrow War, you should know right away. And the leader couldn’t stop praising the movie. Said, “I loved it from start to finish.” The actor talked about how great it was to shoot for a science fiction movie. He said: “It’s a fantastic original concept full of humor and heart, but it’s also a gigantic movie with lots of action and visual spectacle. Best of all, it’s based on real relationships. I must confess, making a movie where fight aliens and save the world while joking he is occasionally in my wheelhouse. Chris McKay and his team of designers and visual effects artists pioneered some amazing new technologies to bring the creatures to life in this movie, and it was extremely cool to be part of that process and give my opinion as an executive producer along the way. ” Well, it sure sounds exciting and we can’t wait for it to launch now. Just a couple more days of waiting, The Tomorrow War will premiere on July 2 on Amazon Prime Videos. Also read: when Akshaye Khanna said he couldn’t take his eyes off Aishwarya Rai Bachchan every time he met her, watch video

Will Venkatesh’s Narappa get an OTT release alongside Drushyam 2?

Just the other day, we informed you all that the Telugu rights of the Master of Nithiin have been sold to an OTT platform. And now, according to the latest reports, Venkatesh’s upcoming Narappa has also been sold to an OTT platform. Venkatesh’s Drushyam 2 was previously sold for direct OTT release. Narappa will also reportedly be released in Amazon Prime videos like Drushyam 2. Speaking of Narappa, the film is directed by Srikanth Addala and produced by Kalaipuli S Thanu and Suresh Babu.

Censorship on OTT platforms has long been a hot debate. There is no censorship board for content on various streaming platforms. After TV shows like Tandav, Mirzapur, and The Family Man, the actors and creators have faced a lot of criticism for the same. In light of the facts, Manoj Bajpayee, Rasika Dugal, Divya Dutta are fighting for self-censorship. For the unspoken, it means that if an actor or creator feels that certain things don’t need to be on the show, they can remove them.

On October 31, AL Vijay’s Ladies Night has popular Bollywood and Tollywood actress Rakul Preet Singh on board for a pivotal role. The director who has been waiting for the release of Thalaivi has begun work on the suspenseful thriller. A source close to the development of it, revealed, “Rakul is excited to try something that he has not done so far. A seven-day program is underway in Gandipet and Rakul, along with Vidyullekha Raman, who plays a supporting role in the movie, has joined the sets on Friday. “