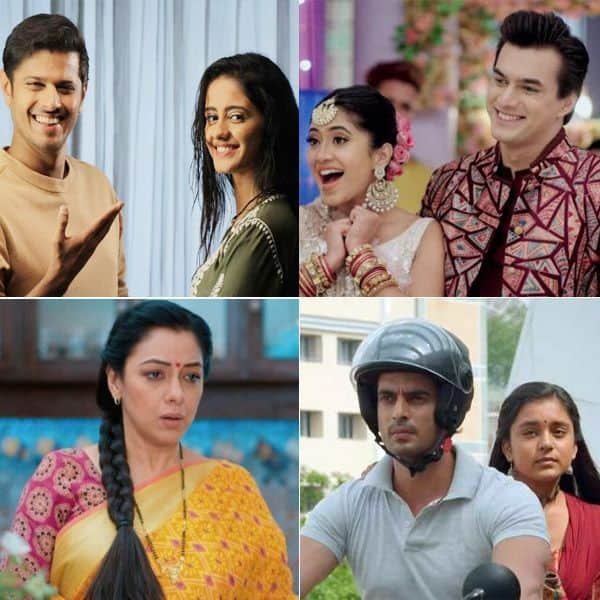 Hello friends, it is already night and we know that you are dying to see your favorite TV shows. We know you love seeing Shivangi Joshi and Mohsin Khan in Yeh Rishta Kya Kehlata Hai, Ayesha Singh and Neil Bhatt in Ghum Hai Kisikey Pyaar Meiin and more. So, here we are with the latest spoilers and scoops from your favorite TV shows right here: Also Read – Shaheer Sheikh, Shehnaaz Gill, Aishwarya Sharma – Meet the TV Instagrammers of the Week

In the next episode of Yeh Rishta Kya Kehlata Hai, we will see Sirat and Manish team up. Sirat and Manish will have a boxing match. However, a hit from Sirat will knock him unconscious. Sirat would apologize and have the doctor beat him up. He also prepares Halwa for Manish and his family. She constantly wonders about Kartik’s arrival and wants to leave because she doesn’t want to confront him. However, a tragic incident would leave her defenseless. Dadi would mistake Sirat for Karti’s girlfriend. Also Read: Yeh Rishta Kya Kehlata Hai, Anupamaa, Ghum Hai Kisikey Pyaar Meiin – Check Out The TOP TWISTS Taking Place On Your Favorite Shows Today

In the next episode of Ghum Hai Kisikey Pyaar Meiin, we will see Sayi and Pakhi at odds. Pakhi would accuse Sayi of insulting the Chavan family by bringing a separate and expensive gift for her mother. Pakhi would be furious because she didn’t want Sayi to come to the party in the first place, but seeing her and Virat together, Pakhi loses her cool once again. The whole house except Mohit and Ashwini would look down on Sayi, leading to an important argument. Also read – Ghum Hai Kisikey Pyaar Meiin SPOILER ALERT: Pakhi will ruin Virat-Sayi’s love confession at their wedding anniversary party

Adi, aka Gashmeer Mahajani, wants to help Nishant, who is terminally ill. Imlie helps him with a plan. Imlie disguises himself as a sardarji and plans to make Nishant jealous by making Adi in disguise as Sardarji and flirting with Pallavi, Nishant’s fiancé. Will Adi be successful?

In the next episode of Anupamaa, we will see Kavya at odds with Vanraj aka Sudhanshu Pandey, Anupamaa aka Rupali Ganguly and the rest of the family members. Kavya will also look down on Vanraj for agreeing to work at a coffee shop that she considers a menial job. Vanraj takes his position. However, since they argue in front of everyone, Anupamaa advises you to keep your difference to settle in your room and not let others worry.

Preeta, also known as Shraddha Arya, and Shrishti, also known as Anjum Fakih, arrive at Akshay’s room to search for clues, but leave when they hear someone coming. Elsewhere, Sherlyn, aka Ruhi Chaturvedi, blackmails Megha into sending a text message saying that she and Prithvi have nothing to do with Akshay’s murder and they delete the pictures as well. Thinking that they have cut all ties to Akshay’s murder, Sherlyn and Prithvi will be shocked when Preeta assures Mahesh that Karan, aka Dheeraj Dhoopar, would be coming home soon.

Siddhant Chaturvedi was seen saving Ananya Pandey from the cold in this way, taking off his clothes…