Swwapnil Joshi and Nitish Bharadwaj engage in a game of karma and destiny on different timelines. 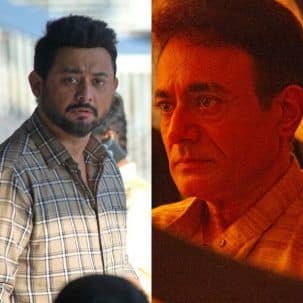 They say what is meant to be will be … although many have tried to control their own destiny. But if you found out what the future holds, would you want to rewrite it? Do you think you could change it? Questioning the strange ways of fate, the highly anticipated original MX Player web series Samantar returns for its second season as the versatile Swwapnil Joshi reprises his role as Kumar Mahajan. The cutting-edge thriller also stars Nitish Bharadwaj, Sai Tamhankar, and Tejaswini Pandit at the helm and its teaser is already creating waves with viewers across the country. The trailer for Samantar 2 was released today and highlights how one man’s karma is the other’s future, prompting audiences to speculate on what could have gone wrong for Kumar Mahajan. Check out the trailer for Samantar 2 below: Also Read – Trending OTT News Today: Swwapnil Joshi’s Samantar 2 Teaser Looks Intriguing, Varun Sharma’s Chutzpah Teaser Is Crazy, Vidya Balan’s Sherni Gets Rave Reviews & More

The intriguing narrative of season 1 followed the search for Kumar Mahajan of Sudarshan Chakrapani, a man who had already lived Kumar’s life and could tell him what will happen in the future. In season 2, Kumar receives a diary detailing Chakrapani’s life and discovers that a new woman is coming into his life. Thereafter Kumar’s search for his destiny continues and, despite his best efforts to avoid the newspaper’s prediction, a mysterious woman enters his life. The 10-episode thriller explores who this mysterious woman is and whether Kumar faces the same fate mentioned by Chakrapani in his diary. Also read: Samantar 2 teaser: Swwapnil Joshi’s hit web series returns with the promise of more twists and mind-blowing thrills

Speaking about Season 2, Swapnil Joshi says, “Samantar has exceeded all expectations and has put regional web shows on the map. It’s narratives like this that break language barriers, cut through audiences, and have universal appeal. It’s been over a year since the show first hit screens and I know fans of this franchise have been eagerly awaiting season 2. This issue will see Kumar’s journey take an unexpected turn and will also ask an important question. If I could know your future, would it be possible to change it? ”. Also read: Sumedh Mudgalkar being compared to Swapnil Joshi, Nitish Bharadwaj for his role as Shri Krishna – I would never compare myself to them

Veteran actor Nitish Bharadwaj, who is seen as Sudarshan Chakrapani, added: “Season 1 received a great response to my new way as an actor, and it is good to see that audiences are open to experimenting with newer concepts. As an actor, I am excited to be a part of this unique narrative. Season 2 will explore whether Chakrapani’s life is reflected in Kumar’s life and will continue to follow Kumar’s search for answers, but of course with some interesting twists along the way. “

This season of the Marathi thriller will also be dubbed in Hindi, Tamil and Telugu. Binge watch all 10 episodes starting Thursday 1S t Julio, only in MX Player.