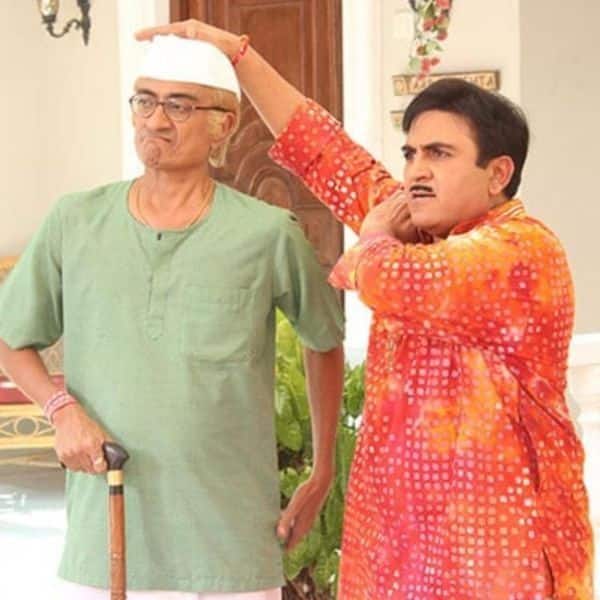 Taarak Mehta Ka Ooltah Chashmah has a large following. The show completed 3000 episodes recently and is the only show without enemies. Dilip Joshi, aka Jethalal, is loved for his performance on the show. The actor has received a lot of appreciation for his role. Now, in an interview with Sight And Insight, Dilip Joshi opened up about his Taarak Mehta Ka Ooltah Chashmah co-stars. The actor revealed that Amit Bhatt, who plays his on-screen father, Champak Chachaji, on the show, is different from his on-screen image in real life. Dilip Joshi said that Amit Bhatt, also known as Champaklal, is a strict father on screen, but that in real life he is very mischievous. Also Read: Indian Idol 12’s Aditya Narayan, TMKOC’s Munmun Dutta, Bigg Boss 14’s Jaan Kumar Sanu And Others – TV Stars And Their Biggest Controversies In Lately

Dilip Joshi also shared that Amit Bhatt along with Kavi Kumar Azad, who played Hansraj Hathi in the past, used to team up and make jokes on sets. He also talked about working with Amit Bhatt in the past during his days at the theater. He said, “Bahut mazedaar hai Amit. Maine jo, lastly, play kiye the usme bhi woh mere saath the. Theater bhi hamne saath kiya hai.” Dilip Joshi also praised his co-stars, Ambika Ranjankar (Komal Bhabhi), Sonalika Joshi (Madhavi Bhide), and Mandar Chandwadkar (Bhide). He said they are always punctual on sets. He praised everyone for their dedication to the show. Dilip Joshi said: “Puri bahut jyada team disciplined aur dedicated hai. Tabhi toh 3000 se jyada episode kar paye nahi to nahi ho sakta tha.” Dilip Joshi said that because the actors have no ego conflicts with each other and they are all down to earth, the show could run for many years. Also Read – Taarak Mehta Ka Ooltah Chashmah’s Mandar Chandwadkar Tests Negative for COVID-19; this is when filming will resume

Speaking about the show, many have been looking forward to the return of Disha Vakani, also known as Daya ben, on the show. Daya ben has been the most important part of the show. She was seen on the show in 2016 and had gone on maternity leave. She is yet to come back and fans are not happy about it. However, here’s some great news for fans. Yes, Disha Vakani, aka Daya ben, had returned to the sets of the show. However, she was not there to shoot, but for a sweet and special reason. A source close to Koimoi.com informed them that Disha Vakani has been associated with the show for a long time and is very close to all of her co-stars. Therefore, she had come to the sets of the show to meet her friends on the sets and they were all happy to see her. He didn’t talk about his return, but it was only about their friendship. Read Also – Taarak Mehta Ka Ooltah Chashmah: ‘Bapuji’ AKA Amit Bhatt Reveals How Long It Takes To Transform Into Champaklal Gada