Hina Khan pays tribute to her late father, Jasmin Bhasin plans to buy a house for her parents in Mumbai and more 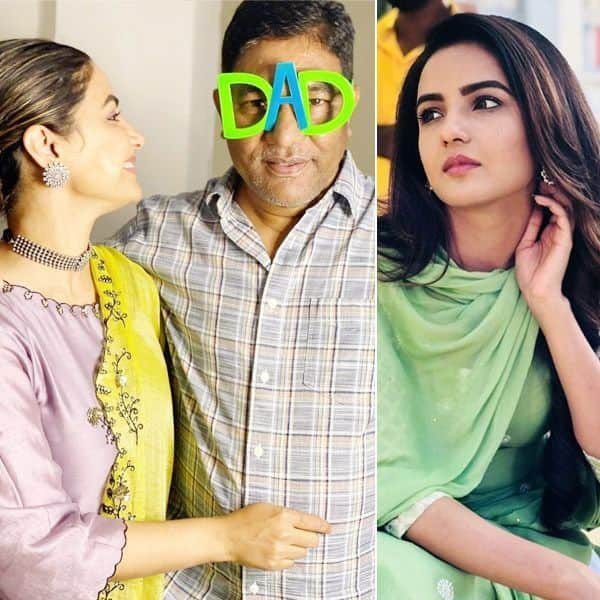 As people enjoy their weekend together with their parents, today we saw several TV celebrities making the headlines. Popular TV star Hina Khan paid tribute to her late father Aslam Khan on Father’s Day, Bigg Boss 14 contestant Jasmin Bhasin revealed that she plans to buy a house in Mumbai so the actress’s parents can live with her. So, let’s meet the television news of the day …

On the occasion of Father’s Day, TV actress Hina Khan paid tribute to her late father Aslam Khan on social media, shared cute photos with him and wrote: Indeed, a Father’s Day (for real) … June, it’s been two months today dad. . We clicked on these photos 7 months ago and I didn’t let you see these photos when they clicked on them because I wanted to post them on a special day. I never thought I would post them today. You had to see them. photos dad .. That’s what we decided .. whyyyy ??? I miss you Happy Father’s Day Daddy, I love you “.

Since Jasmin Bhasin sent her father gifts on the occasion of Father’s Day, she is working on a special gift, as she wants to buy a house in Mumbai, so that her parents can live with the actress. Speaking to E Times, she said: “It has been many years since I asked my parents to move with me to Mumbai, but they always ignored it and I never got too stressed because they used to visit me regularly. But they haven’t visited me in over a year and I miss them so much. “

Popular TV star Anita Hassanandani, who recently embraced motherhood, made headlines when reports surfaced that she was quitting acting. Now her husband Rohit Reddy has reacted to these reports, telling PinkVilla: “Right now, she’s just in the mood to be a mother. She wants to spend as much time as possible with her son. She wants to give him the best parenting experience. I’ve ever had … So work is the last thing on your mind right now. Plus, the social media engagements are a lot. I mean, in terms of the branding you’ve been doing, you’ve been endorsing quite a few brands. So that’s the perspective he’s got anyway. Busy at home. Going back to TV, OTT, I mean, it sure will come back, but it will take some time for it to happen. Not this year for sure. “

After closing the 45-day program in Cape Town from Khatron Ke Khiladi 11, Arjun Bijlani and Rahul Vaidya took the COVID-19 test according to the guide before flying to India.

Shweta Tiwari’s estranged husband, Abhinav Kohli, accuses her of detaining him to meet their son