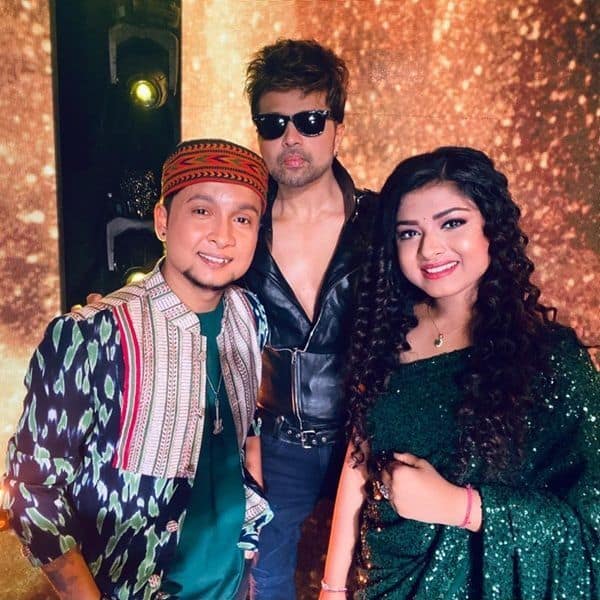 Indian Idol 12 has entertained the audience for over 6 months. All the contestants have performed in tandem every weekend, mesmerizing judges Himesh Reshammiya, Neha Kakkar, Vishal Dadlani, and Anu Malik along with the guests. Pawandeep Rajan and Arunita Kanjilal are two of the most talked about contestants on the singing reality show. In addition to their singing skills, Pawandeep and Arunita also made headlines with their love angle. While the two have always amazed everyone with their singing talents, Himesh Reshammiya has now decided to release them together on the first song on her new album, Moods with Melodies. Also read – Indian Idol 12: Sonu Kakkar covers Arunita Kanjilal with THIS special garment after her performance – see photos

Following Surroor 2021, Himesh has announced another music album on their label titled Moods With Melodies Volume 1. On World Music Day, June 21, Himesh will announce the release date of the first song on which Pawandeep will release and Arunita together. Himesh has incredible faith in his composition and in the voice of Pawandeep and Arunita. The two singers have sung the romantic song. Also Read – Indian Idol 12: BTS Photos of Pawandeep Rajan and Arunita Kanjilal Give #BFFGoals

Posting a photo with the singers, Himesh captioned it: “On World Music Day, June 21, I will announce the release date of the song I have composed for super singers Pawandeep @pawandeeprajan and Arunita @arunitakanjilal from my new Music album as a composer called Moods With Melodies, the first song of the album is composed by me and sung by pawandeep and arunita and the lyrics of @sameeranjaanofficial you will love the track, the most romantic track of all time coming soon, give it your all your love @himeshreshammiyamelodies “. Also Read – TRP Week 23 Report: Indian Idol 12 and Yeh Rishta Kya Kehlata Hai Fall Down; Rupali Ganguly’s Anupamaa Rules

Himesh has been instrumental in giving many newcomers a break at a very early stage in their careers. Singers such as Darshan Rawal, Akasa singh, Palak Muchchal, Mohd Irfan, Ranu Mondal, Vinit Singh, Aman Trikha among others have sung the first of many with the musical composer.

Speaking about his upcoming album, Himesh said: “I will collaborate with the best talents in the world, singers to come and singers superstars and legends as well because I have made these compositions for all the different singers. Melody will be intact in each song. But the texture. The voice and composition of each song will be completely different from each other. “

Sushant Singh Rajput’s birthday: ‘Happy birthday to the shining star in the sky’, Kangana Ranaut shared a photo of Sushant as a birthday wish